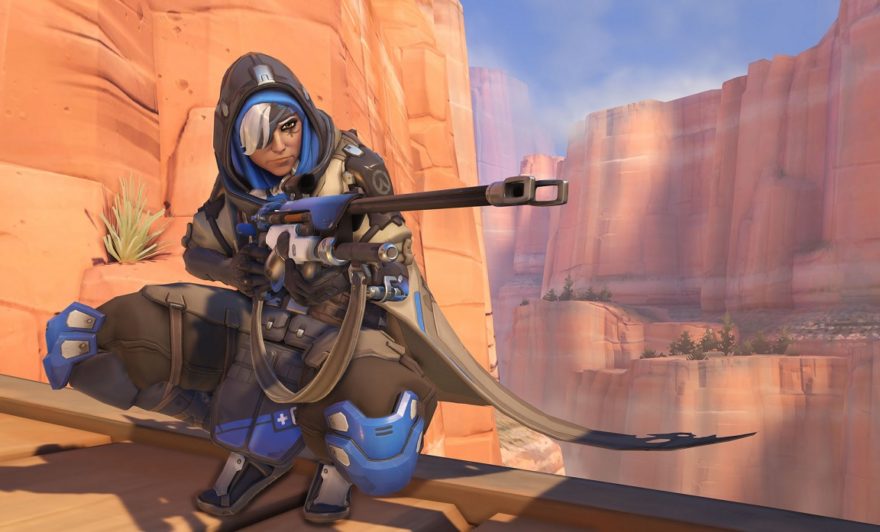 In videogames, combat is a language. Each weapon is a way of speaking, a mouth. To shoot is to communicate. Usually, this takes the form of subtraction: you speak curses to ward away your enemies, or break down obstacles, or just burn a mark of selfhood into the environment around you.

Ana speaks in tongues. She takes the familiar language of the sniper—the ultimate, silent expression of ruthless will—and reconfigures it into something maternal, protective, compassionate. It’s simple but effective: she has a gun that heals people. Stand back, take aim, and help. Speak words of comfort to your allies.

I feel powerful and protective

Your gun does harm enemies, sure, but it’s a secondary function at best, and frankly isn’t very effective. Every moment you spend fighting you’d be better off helping. Ana takes the core language of the shooter and flips its polarity.

I’m not a very good Ana player—my accuracy leaves something to be desired—but I adore playing her anyway. She’s a stab in the heart of the formalist notion that points of mechanical interaction are the only phenomena that matter.

Shooting Ana’s weapon feels markedly different than, say, Widowmaker’s. Yellow light spirals out of a successful hit, an aura of life blooming around your allies as you do your salvific work. I feel powerful and protective, whispering encouragements behind the barrel of my healing gun. Get up. Keep moving. I’m here to help.

Lucio – Inside the idiot party-bubble of Lucio
Mercy – Mercy is the most terrifying character in Overwatch
Symmetra – Go ahead, sleep on Symmetra
Zenyatta – Praise be to Zenyatta, then chill the heck out